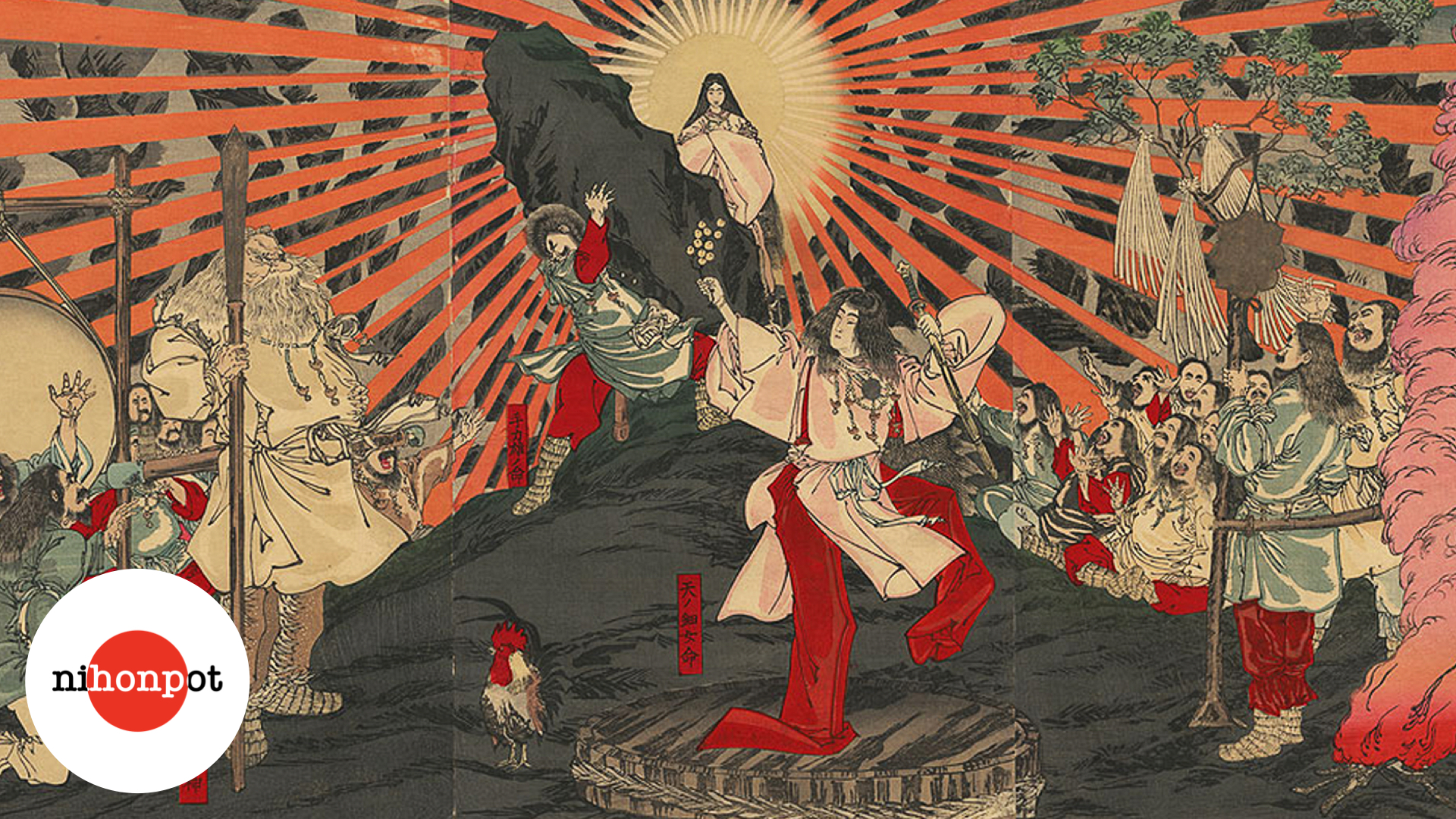 In Japanese mythology, it is usually hard to tell apart myths from facts. That’s the case of Japan’s Imperial Regalia: tree relics that were “gifted by the Gods” to the Emperor. Specifically, Amaterasu (the Goddess of the Sun) gave them to the first Emperor of Japan. This “gifts” were bestowed in order to show Emperor’s divinity and right to rule Japan.

It might sound unrealistic, but these relics exist nowadays and date to year 690 AC. They are currently hidden and can only be witnessed by Japan’s emperor (and some qualified Shinto priests). Keep reeding to learn more!

To put is simple, Amaterasu is one of the most recurrent Goddess in Japanese mythology. She is Izanagi’s daughter, who is one of the creators of the Japanese territory. Amaterasu is sister of two other Gods: Susanoo (God of the Ocean) and Tsukuyomi (God of the Moon). Amaterasu herself is “The Goddess of the Sun”. All these Gods belong to the Shinto religion, which originated in Japan and still remains nowadays.

Amaterasu is so important to Shinto that the most sacred shrine in Japan is dedicated to her. We are talking about the Great Shrine of Ise. 10th Emperor built it back in the 1st century to pacify a series of epidemics that were believed to have a divine origin.

Perhaps one of the most relevant data about Amaterasu is that she begot Japan first Emperor. Legend says Amaterasu sent her grandson Ninigi from heaven in order to pacify Japan. However, it was her great-grandson, Jinmu, who was successful to unite Japan and became Japan’s first Emperor. Accordingly, it has been believed that Japanese Imperial Family is directly descendant from the Shinto Gods. That is why one of the main functions they have is to protect and overwatch Shinto’s interest. That is also why new members rarely become part of the Imperial Family, specially when being plebeians.

Perhaps you want to know more about other beliefs about Shinto. Read this article about Mt. Fuji and it’s relation with religion!

When Amaterasu sent her grandson to pacify Japan, she gave him 3 relics that would aid him to be identifyied as a divine carrier of peace. He received a bronce mirror (representing “honesty”), a sword (representing “value”) and a gem (representing “benevolence”). Amaterasu engraved the mirror with a poem that would allow the Emperor to summon her if needed.

During medieval ages in Japan, several authors wrote about the fate of the sacred relics. Some sources narrate the Emperor lost the bronce mirror on the Genpei War (1185 AC). Legend says the mirror was recovered later by a soldier, but struck blinded him due to its divinity. Together with the mirror the soldier only found the gem, but never the sword.

Regarding the sword, some legends say the Emperor never found it. Some other legends narrate Imperial Family replicated it and returned to the other two regalia. However, the officially accepted version is that the original sword returned to the Emperor by “supernatural means”.

It sound hard to believe, but Japanese Imperial Family still has this sacred objects. Only the Emperor can witness them, so Imperial Family keep them in an unknown location. As it is the most sacred place for Shinto religion, rumors believe they are located in Ise Shrine. Some others believe they are located in Japan’s Imperial Palace in Tokyo. Nevertheless, the official location is yet unknown.

Despite not much is publicly know about them, you could see them during the “public” version of the Emperor’s coronation. Below, we share with you an image of the relics presented to the Emperor Naruhito back in 2019, when his father Akihito abdicated in his favor. You can see they are warpped, so normal people could not see them as they are sacred.

As this regalia represent the original connection that Imperial Family has with Shinto deities, they are naturally priceless for the Emperor. For example, during WWII Emperor Hirohito ordered his military guard to provide priority protection the relics at any cost when Tokyo was under attack.

Mt Fuji is a gigantic refrigerator: The mysterious caves of ice at Aokigahara

One thought on “The best kept mystery of Japan: Imperial Regalia of Amaterasu”